Germany international Kai Havertz has suggested he is ready to move on from Bayer Leverkusen and says a move abroad is a possibility.

The 20-year-old has been linked with Liverpool and Manchester United from the Premier League, though Bundesliga rivals Bayern Munich have also been mentioned as interested suitors.

Usually playing as an attacking midfielder or from the right, left-footed Havertz has scored 10 goals this season and hit 20 in all competitions in 2018/19.

Sharing the full story, not just the headlines

Now in an interview with Sport Bild, he has said he’s ready to test himself at a higher level—though a move may depend on how many clubs are willing to match his estimated €100 million price tag.

“I’m ready to take a big step, and I like challenges. For me, this also includes abroad,” Havertz said.

“Leverkusen are a great club, I feel good. I have always said that. But, of course, I want to take the next step in my career at some point. That’s my ambition.”

Havertz went on to highlight the most vital points he’d consider in the event of a transfer, with a style of play and management both factors which must work in his favour.

“The coach is a very important person for me. It must be a good fit. You can see that with our coach [at Leverkusen], Peter Bosz.

“For me, the sporting direction of the club is also reflected in the choice of coach.” 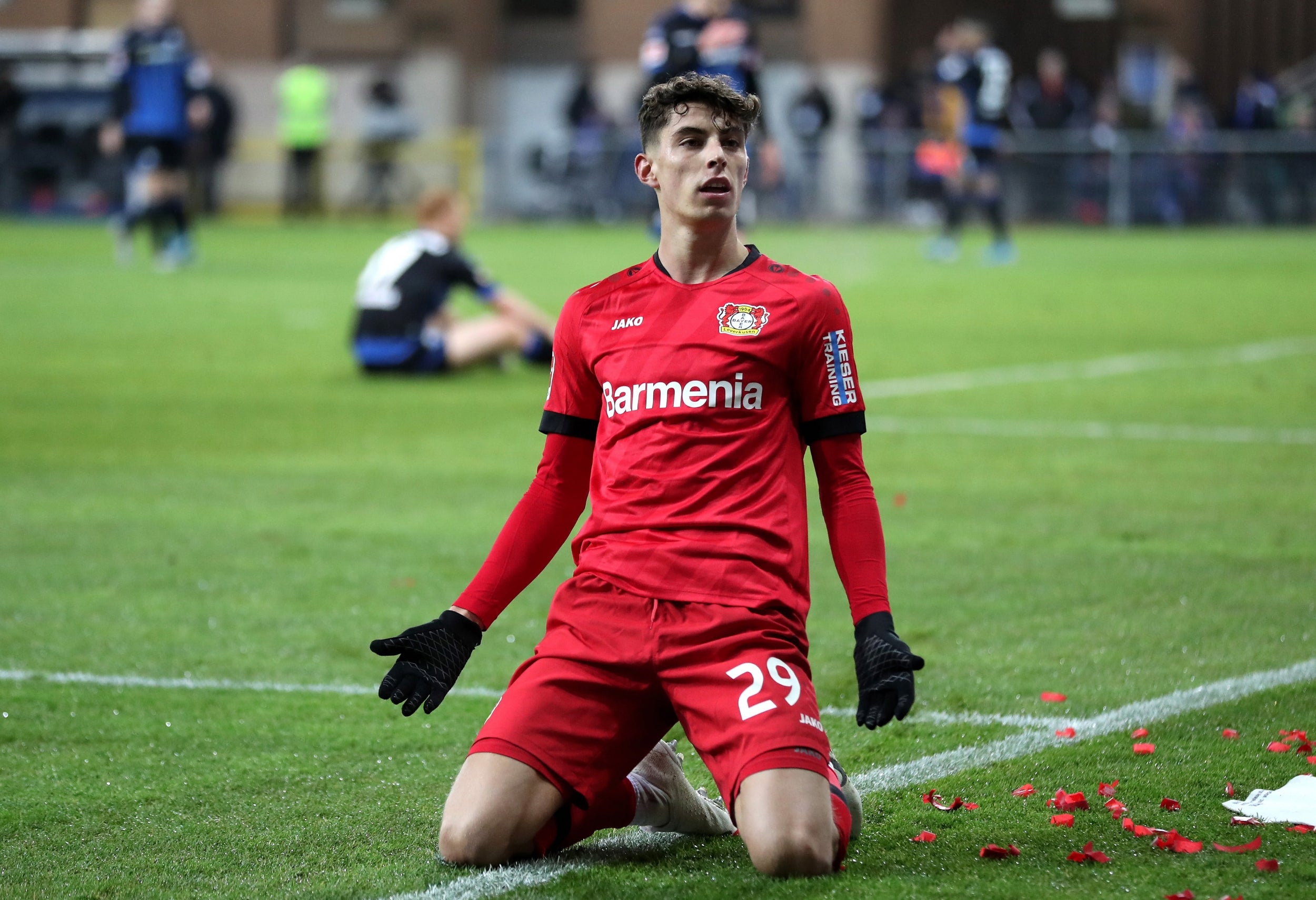 Havertz has been capped seven times already by the German national team, scoring once in a friendly against Argentina.

While not yet a starter under Jogi Low, he is tipped to be one of the great players of the next generation for Germany.

Liverpool have long-standing interest in him, but the Independent reported earlier in the year that their valuation of Leverkusen’s key man is significantly lower than the aforementioned £85m.

There is also a suggestion that big clubs will not spend the usual high fees this summer, after the loss of finances and the public spending needed to overcome the coronavirus pandemic.

Havertz has two years remaining on his current contract with Leverkusen.