‘Gary Neville, what he did to Reyes… mamma mia!’: Cesc Fabregas reveals Arsenal’s Invincibles were ‘angry and upset’ after their 49-game unbeaten run was ended by Manchester United at Old Trafford in 2004… and he accuses Wayne Rooney of DIVING

Cesc Fabregas has said he is still furious over Manchester United ending Arsenal’s Invincible run in 2004.

United beat the Gunners 2-0 at Old Trafford as Ruud Van Nistelrooy and Wayne Rooney sealed victory in a game full of controversy.

The Red Devils were awarded a penalty in the 73rd minute after Rooney was brought down by Sol Campbell, but Fabregas accused the Englishman of diving. 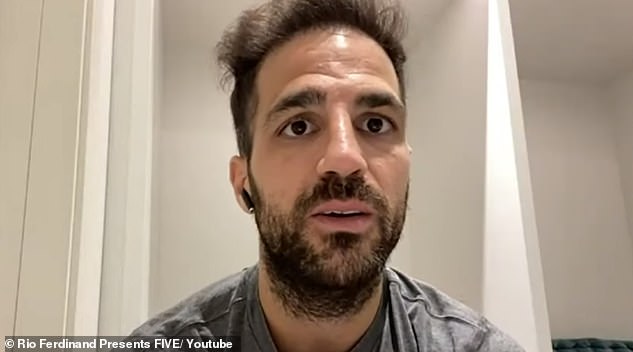 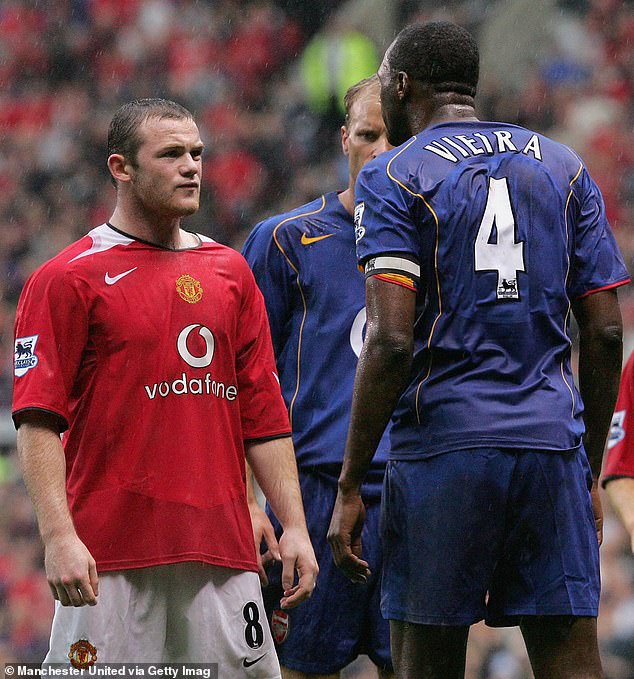 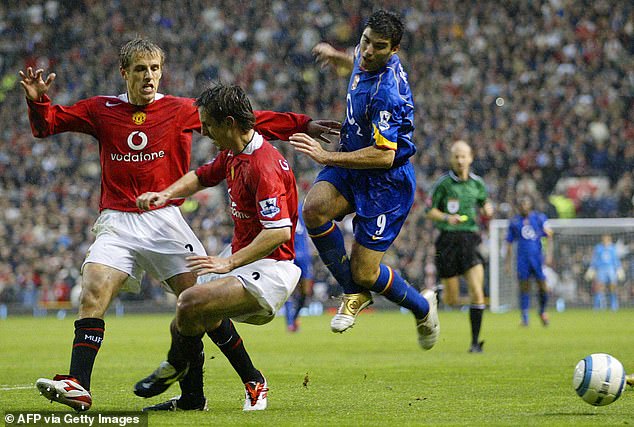 Van Nistelrooy converted the spot-kick before Rooney added another in the final minute.

The Spaniard admitted he is still frustrated about the way his side’s unbeaten run came to an end and recalled how team-mate Jose Antonio Reyes was repeatedly hacked down every time he had the ball.

‘We were so disappointed. We were angry, we were upset,’ he told Rio Ferdinand’s FIVE YouTube channel.

‘It had to come to an end, the 49 games, it can happen at Old Trafford against a great Man Utd side. But I think it’s the way it happened.

‘First of all, Gary Neville, what he did to Antonio Reyes… mamma mia! But every single time he had the ball! Wayne [Rooney] dived for the penalty against Sol [Campbell].

‘The emotion was that we had lost against a great team, which can happen, but we didn’t feel we should’ve lost. We didn’t feel it was the right time to lose our invincible run. Everyone was really, really upset.’ 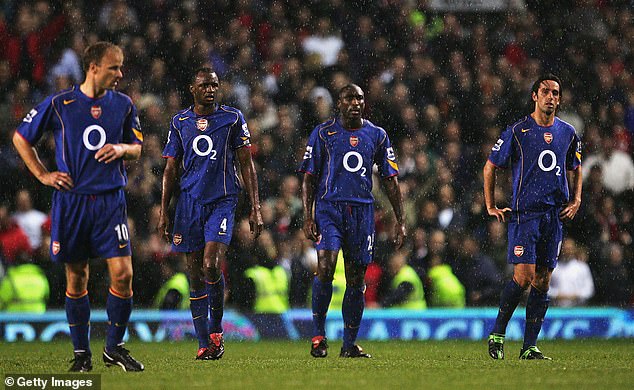 The game was dubbed the ‘Battle of the Buffet’ as Fabregas was involved in the ‘Pizzagate’ scandal.

Players and staff clashed in the tunnel following the fiery encounter with United boss Sir Alex Ferguson having a slice of pizza thrown at him.

For several years the identity of the culprit remained unknown until Fabregas admitted it had been him who had launched the pizza in the Scotsman’s direction. 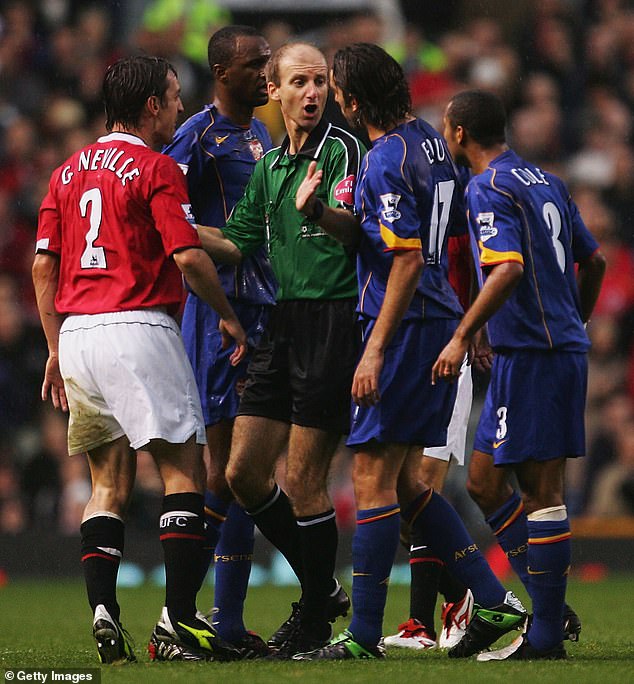 The former Chelsea and Barcelona midfielder also admitted how tough it was to go up against Ferguson’s side during that era.

‘What a team you were. We beat you a few times and it felt amazing but I always felt that in big games, where something really mattered, you were on top of us,’ he added.

‘Even the FA Cup final in 2005 (Arsenal beat United on penalties after a 0-0 draw at the Millennium Stadium) – you deserved to win that game.’