Chelsea manager Frank Lampard has backed John Terry for infamously changing into full kit to lift the Champions League trophy in 2012. The ex-Blues captain was suspended for the final against Bayern Munich but pulled on a matchday shirt to help Lampard hoist aloft the silverware, sparking a barrage of criticism.

Terry and Branislav Ivanovic were both suspended for the showpiece event in Munich, with the former having been dismissed for an off-the-ball incident involving Alexis Sanchez in the semi-final win over Barcelona.

Lampard captained the side in Terry’s absence, with the Blues winning on penalties after an 88th-minute strike from Didier Drogba had cancelled out Thomas Muller’s effort and sent the tie to extra time.

Terry quickly changed into full kit after the final whistle in order to lift the trophy in front of the cameras and, while the centre-back was widely ridiculed for his actions, current Chelsea manager Lampard has no problem with the outfit switch.

“If there is one man at this football club at that time who deserves that moment, it was John,” Lampard told Sky Sports pundit Jamie Redknapp in a video interview. 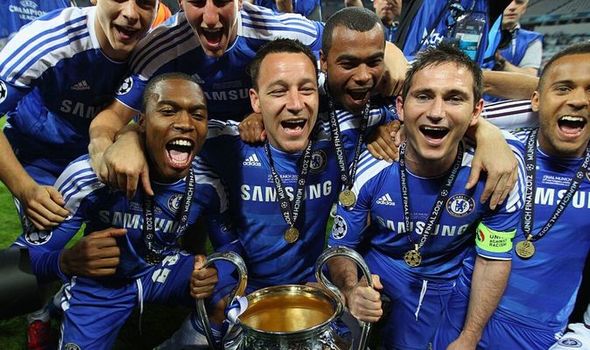 “He was fighting along the way, sticking his body on the line in the first leg against Barcelona when we managed to win 1-0 and probably should have lost 3-1 or 4-1. Him and Gary Cahill were immense.

“John was doing that for years and years before, having come through the academy. He absolutely loves the club.

“It’s the modern day of social media, people want to jump on anything! The main man of the club can wear what he wants.

“He can pick up that cup in whatever he wants, and it’s fully deserved!”

The victory was Chelsea’s first European Cup success, having lost the 2008 final to Manchester United.

The Blues looked set for heartache again when Muller scored with five minutes remaining, only for Drogba to equalise in the dying seconds.

Bayern then looked certain to win it when awarded a penalty in extra time, but Petr Cech saved from Arjen Robben to send the final to a shootout.

Juan Mata missed for the Blues but David Luiz, Lampard, Ashley Cole and Drogba all scored while Ivica Olic and Bastian Schweinsteiger were unsuccessful for the Bavarian outfit. 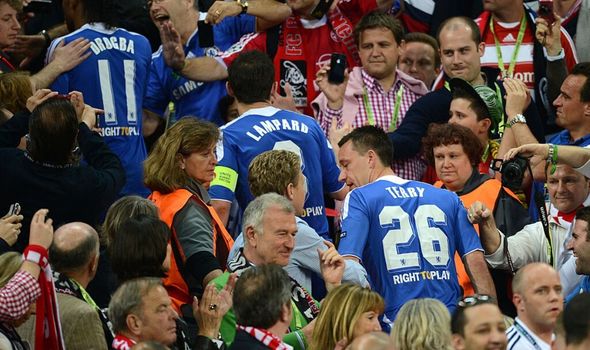 Chelsea’s story was even more unlikely, having barely scraped past Barcelona in the semi-final after being 2-0 down and reduced to 10 men following Terry’s dismissal.

The victory completed a cup double, having beaten Liverpool 2-1 in the final of the FA Cup to win the historic trophy for the seventh time.

Reflecting on the triumph, Lampard said: “You struggle to believe the story.

“There were so many sub-plots to what was the best year in Chelsea’s history.

“The best night of my footballing life. It was an incredible night.

“For many a year, we’d be trying to win it, we’d lost finals, semi-finals, and it felt like the last chance for this group.”