Manchester United ace Bruno Fernandes can lead the team to Premier League glory, because he unlocks the whole team and can provide creativity. That’s the opinion of Phil Neville, who thinks the Portuguese ace is exactly what United have been missing in recent years.

Fernandes has completely changed United’s fortunes since he joined the club.

The midfielder was signed late in the January transfer window for £46.6million, ending a long-running transfer saga.

And since he joined, he has been superb, scoring six goals and providing four assists in his first eight Premier League games.

United are unbeaten in all competitions this season, and are making a run at third place in the league. 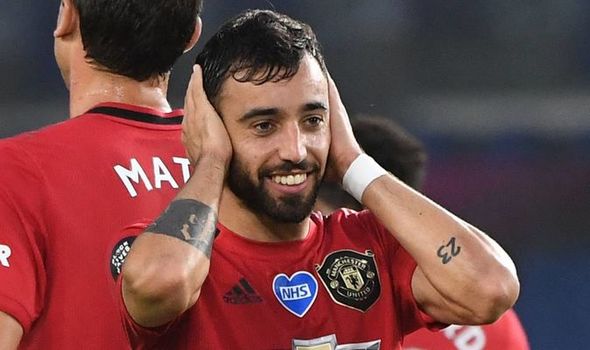 They are currently three points behind third-placed Leicester, who have a game in hand.

Chelsea are two points above United with a game in hand in fourth spot, but have a tough run-in compared to the Red Devils.

There is a strong chance United could end up sneaking into the top-three, provided they keep up with their form.

Their recent surge up the table has led many to theorise that they could end up challenging the likes of Manchester City and Premier League champions Liverpool for the title next season.

And Neville believes Fernandes could be the man to guide them to the next level, as his stats so far have proved he is can make the difference for Ole Gunnar Solskjaer’s side.

Speaking to Premier League Productions, the former defender explained that the January signing is exactly what Solskjear needs going forward.

Neville said: “They’ve been missing that link between midfield and attack.

“The forwards have been missing that creativity, someone who can find a pass. 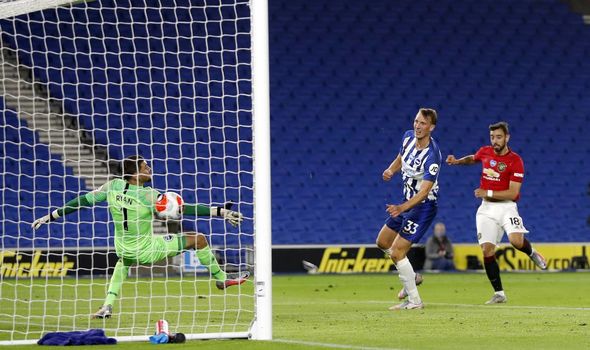 “You look at the great teams, they all have that someone who can unlock the door, someone with that creativity.

“I think over the last seven years, that’s been the biggest missing chink.

“At this moment in time, I don’t want to go overboard, but he is that good. His stats prove that.”

This article contains affiliate links, which means we may receive a commission on any sales of products or services we write about. This article was written completely independently, see more details here