Home » Soccer » McCoist: Jordan Ayew should NOT have been sent off against Burnley

‘I think he is a fortunate boy but it was the correct decision’: Ally McCoist insists Jordan Ayew should NOT have been sent off despite appearing to elbow Burnley’s Josh Brownhill in the face… but Lee Dixon thinks Crystal Palace striker was ‘lucky’

Ally McCoist believes it was the correct decision not to have sent off Jordan Ayew during Crystal Palace’s 1-0 defeat against Burnley.

Early on in the second half, VAR closely checked a potential red card for the Palace striker after he appeared to elbow Burnley’s Josh Brownhill in the face with the scoreline at 0-0.

But after much deliberation at Selhurst Park on Monday night in the Premier League, VAR decided not to punish Ayew and McCoist believes it was the right call. 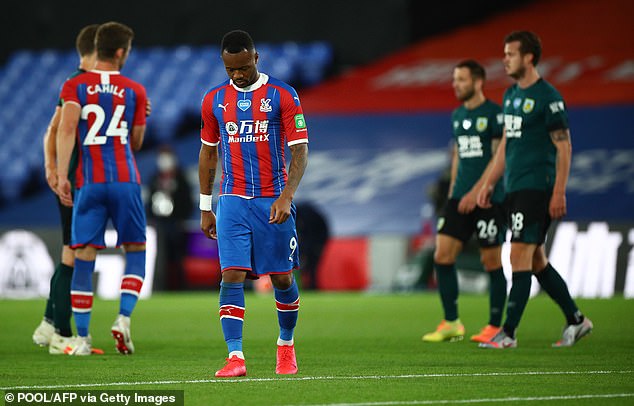 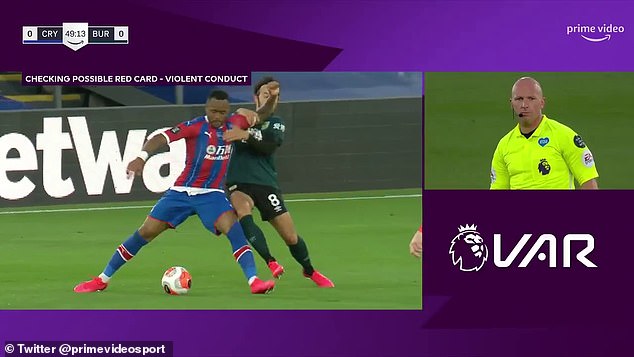 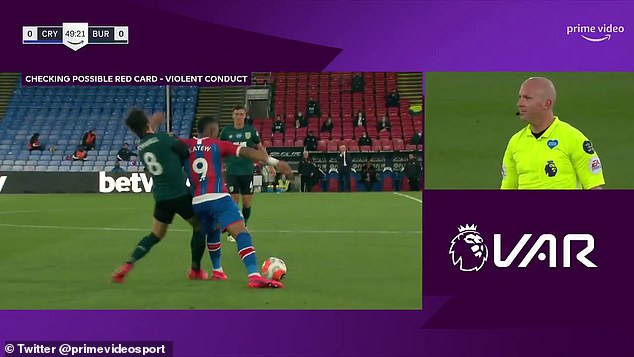 Speaking after the final whistle on Amazon Prime Video, McCoist said: ‘I think he gave the referee an opportunity to make a decision. It was stupidity, absolutely.

‘But where I’m watching it, I think he sticks his arm up. I think he runs into his forearm, I don’t think it’s an elbow to the face. I understand on another day he could have been sent off.

He added: ‘I certainly think he sticks his forearm up and he gives the referee the opportunity to make a decision. I think he is a fortunate boy but I think it was the correct decision.’

And during the game, the former Scotland international backed Ayew up by claiming he was just trying to protect the ball. 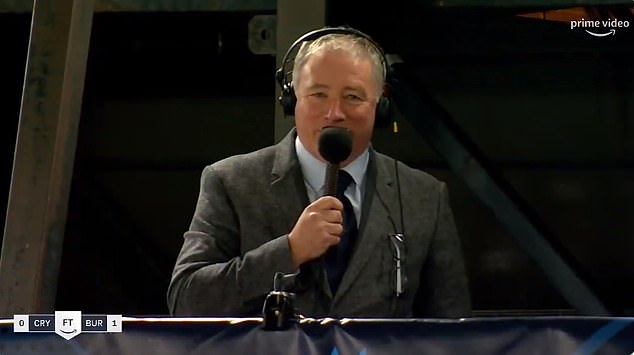 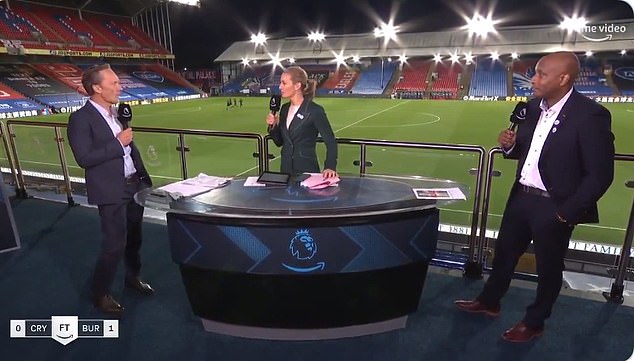 While VAR checked for violent conduct, McCoist argued: ‘I think he is just trying to protect it. He definitely catches him with his left forearm, of that there is no doubt. I don’t think he tries to play his arm into his face.

‘I think he is definitely trying to hold him off there, catching him with the left arm but I genuinely don’t think there is any real malice. He definitely doesn’t try to hit him in the face with his arm, just tries to shove him out the road and protect him.’

But while McCoist labelled it the correct decision, both Lee Dixon and Clinton Morrison insist that Ayew was very fortunate to escape any punishment.

Former Arsenal and England right back Dixon said: ‘I think he is lucky’.

Meanwhile, ex-Crystal Palace forward Morrison added: ‘Yes I’d have to agree with you. He is very lucky. 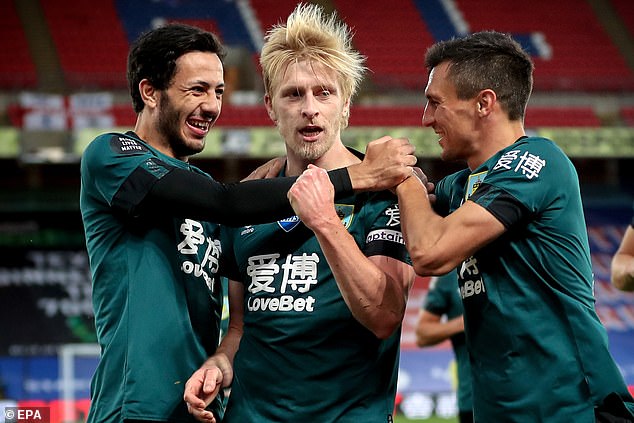 ‘And you know why he is lucky? He has a look. Sometimes as a centre forward, you do put your hand out there but you can see he has had a look and wants to get in Brownhill’s face, so he is a lucky boy that he managed to stay on the pitch.’

Despite getting away with one, Ayew couldn’t inspire Palace to glory at Selhurst Park on Monday night.

Ben Mee scored the only goal of the game for the visitors in the 62nd minute as Burnley moved up to eighth in the Premier League.