Sportsmail’s racing expert Robin Goodfellow dishes out his tips for Thursday’s meetings at Newcastle and Newmarket.

A magnificent festival of racing begins at Newmarket on Thursday as HQ builds up to a Classic weekend.

However, with six of the 10 races set aside for juveniles, winner finding may not be straight forward. 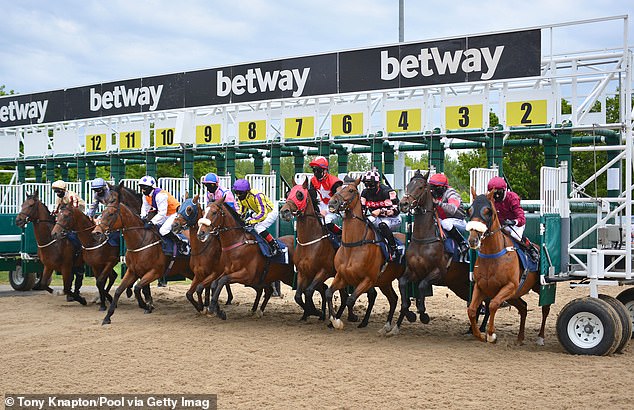 As informative as those events will no doubt prove, Newcastle could offer more to the punter with the Group 3 Pavilion Stakes a cracking event which may also have a bearing on the Commonwealth Cup at Royal Ascot in a fortnight’s time.

Connections of MALOTRU (Newcastle, 3.55) and A’Ali will certainly be hoping that the six-furlong Gosforth Park feature offers a satisfactory stepping stone for the season and preference for the former is marginal with his seven-furlong stamina an added positive given events of the week.

The Tapeta surface at Newcastle has ridden pretty deep all week since the resumption of racing on Monday and the ability to stay beyond six furlongs could prove a deciding factor in this event.

Malotru confirmed six and seven furlongs come alike to him at Lingfield in February when landing the Spring Cup in style and he may have too much power in the last furlong for A’Ali who proved so effective over the minimum trip as a juvenile, winning three times at Group 2 level.

GUIPURE (Newcastle, 1.00) hails from a yard which have hit the ground running since the resumption of racing and the Dutch Art filly could continue that bright start in the opening handicap.

Trainer Karl Burke found the score sheet with an impressive juvenile winner on Tuesday and Guipure could prove the type to thrive as a three-year-old when presented with a stiff test at a mile.

She certainly relished that trip at Pontefract last autumn when powering clear of Magna Moralia and looks fairly treated starting off a mark of 75 this summer.