Cesc Fabregas has revealed Jose Mourinho's insistence that Chelsea would win the Premier League with the Spaniard at the heart of their midfield convinced him to move to Stamford Bridge.

The promise from Mourinho came on only their first meeting together to discuss a potential transfer, with Fabregas then a Barcelona player.

His time at the Nou Camp had seemingly come to an end at that stage, but a return to the Premier League to join a rival of former club Arsenal looked out of the question.

However Fabregas wasted no time in signing on the dotted line for The Blues after Mourinho's opening gambit.

"On the first day I met him he told me, 'I need two players,'" Fabregas said on Rio Ferdinand's Locker Room. "'I am going to sign Diego Costa and if you come'.

"He drew me the team on some paper and said this team is winning the title on the first day I met him.

"He only needed two players. Thibaut Courtois was already coming but he said, 'If you come, we win the title.'"

Chelsea then sealed Fabregas' signature for £30million from Barcelona, before landing Costa a few weeks later.

Both players then played an integral part in the season that followed as Mourinho's prediction came true, with Chelsea winning the title convincingly.

Fabregas did burn a few bridges across London at former club Arsenal, and admitted the idea of playing for Chelsea was not something he would ever had considered during his time as a Gunner.

"If you ask me when I was 23 years old and captain of Arsenal that I would be so happy to play for Chelsea, I would have said that you are crazy," he added.

Manchester City midfielder Fernandinho has named Diego Costa as the ‘most difficult’ opponent he has come up against.

The Brazilian has faced the likes of Lionel Messi and Cristiano Ronaldo during an illustrious career but says the notoriously tricky former Chelsea striker was the toughest to get the better of.

The pair clashed in an August 2015 Premier League fixture at the Etihad Stadium when Costa was convinced Fernandinho deliberately elbowed him in the side of the head. 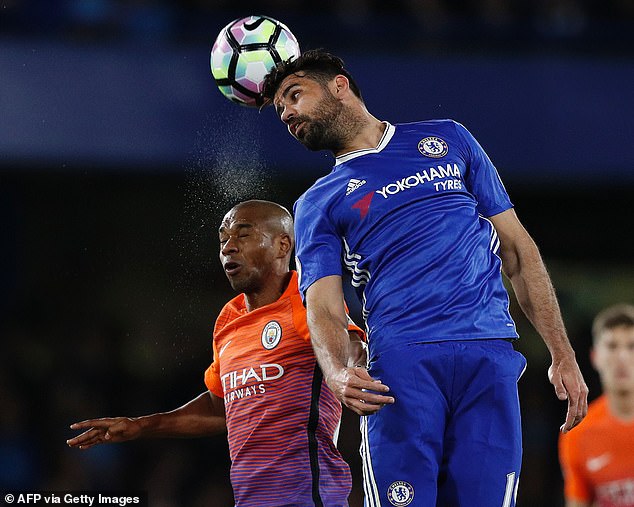 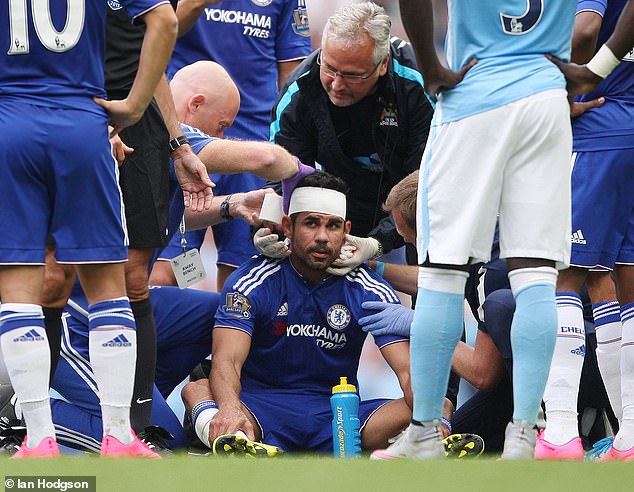 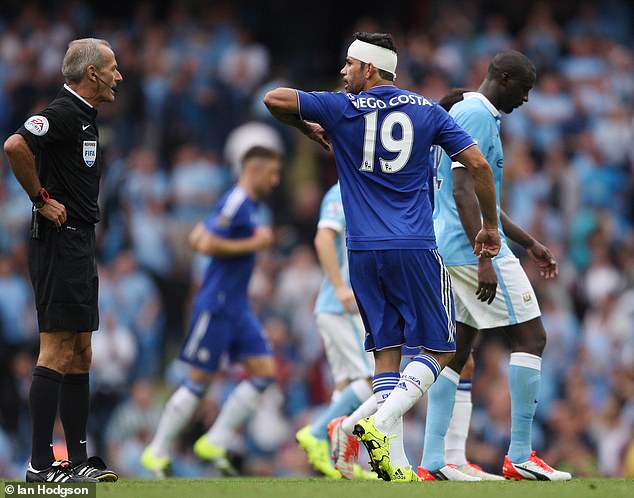 Costa was left bloodied and needing treatment then tried to confront Fernandinho as the players headed down the tunnel at half-time.

Chelsea’s manager at the time Jose Mourinho suggested Fernandinho should have been sent off, but the Brazilian said Costa was ‘always trying to offend the opposition.’

But Fernandinho clearly maintained some respect for the Spaniard, who left Chelsea to return to Atletico Madrid in 2017.

‘The most difficult players I’ve faced are Lionel Messi, Cristiano Ronaldo, Neymar, Kylian Mbappe – all of them are so good and they cause a lot of problems to defenders,’ he told former Manchester United player Kleberson in a Q&A session.

‘But for me, one of the most difficult guys I’ve faced was Diego Costa when he was at Chelsea. He was in good shape. I hope I can face them again.’ 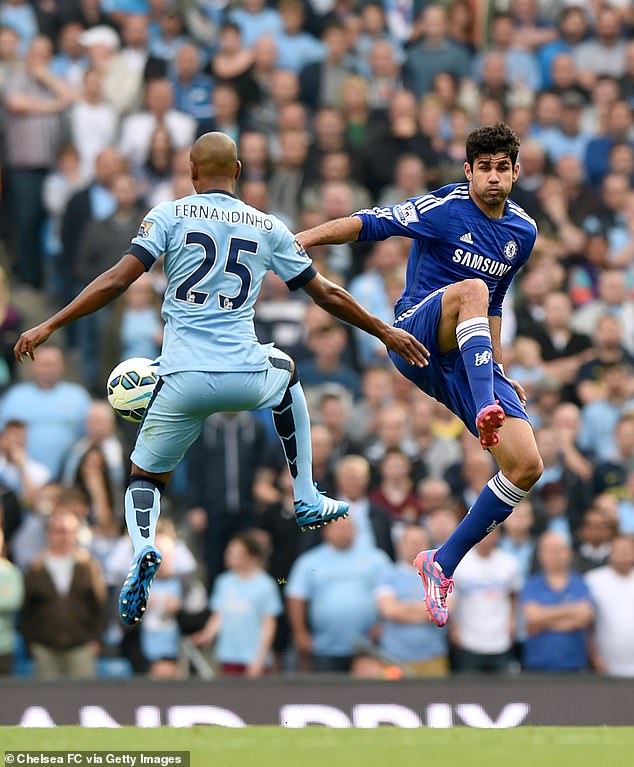 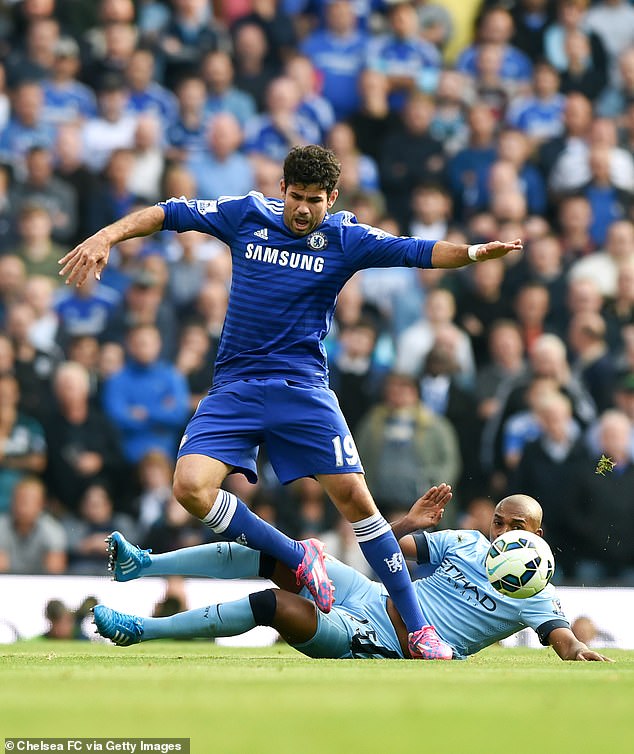 Fernandinho clearly retains plenty of respect for the striker, now at Atletico Madrid

Fernandinho, who turns 35 on May 4, spent most of the season playing at centre-back for City before the coronavirus shutdown.

He was forced to drop back from his regular midfield position following the departure of long-serving centre-half Vincent Kompany and a long-term injury to Aymeric Laporte.

But Fernandinho says he was happy to adapt in order to help out the team.

‘Pep Guardiola came to me and talked to me about moving into this position – I have played a few games there before,’ he said.

‘During this season we have had so many problems with injuries and then he moved me to play as a centre-back. 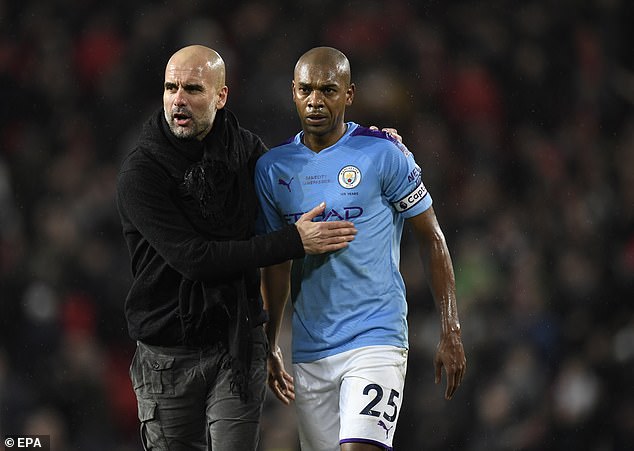 ‘For me it was okay because the way we play most of the time I get the ball and most of the games we have the highest possession of the ball, and for me it was no problem.

‘Of course it’s a little bit different from playing as a midfielder but in the season I was adapting my game and I think I am settled now.

‘Sometimes you have to sacrifice yourself for the good of the team and this is one of the sacrifices I have made for Manchester City. I hope we can be successful in the future.

‘If I am playing as a centre-half or a defensive midfielder, for me the most important thing is to get the result and victory a the end. I am learning but I am enjoying this moment.’