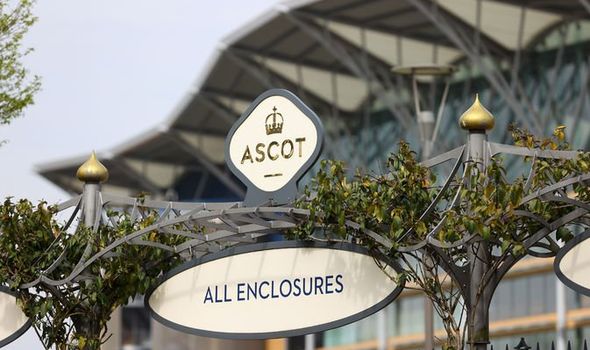 Royal Ascot has revealed new plans to expand their running order for 2020 which will include six extra races – making it 36 races for the meeting. The event is set to go ahead between 16-20 June behind closed doors.

And Ascot today announced their plans to run six new races for spectators. they have also announced every race will be shown live on TV.

The Buckingham Palace Handicap will kick the event off, while a silver version of the Royal Hunt Cup and Wokingham Stakes have both been added.

Each day will host seven races with the final day – the Saturday – running an eight-race card.

Horse racing is due to return from June 1 after the government gave it elite sport the green light to restart.

“We are most grateful to the BHA’s race-planning team for their assistance in framing the additional races for this exceptional renewal of Royal Ascot,” Nick Smith, Ascot’s director of racing and public affairs.

“We hope these extra opportunities will be welcomed by horsemen, broadcasters and the public at home.

“Under Ruth Quinn, a lot of work has gone into scheduling an appropriate Pattern trials programme, beginning on June 3, alongside an enhanced two-year-old programme.

“We are of course taking nothing for granted in terms of Government’s final approval to permit behind closed doors sporting events from June 1.

“We are announcing the programme today, with the dates of the Royal meeting already public as part of the wider schedule for resumption, so that horsemen can begin their detailed planning.”

Palace of Holyroodhouse Handicap (5f, 3yo)

Irish racing faces an anxious wait to learn whether it can make its coronavirus comeback on May 18 – or not until six weeks later.

Major racing nations have taken a step towards a resumption, with Britain aiming at May 16 – the sport recommences at Churchill Downs in Kentucky the same day – and France Galop bosses planning a big-money card at Longchamp a week on Monday.

Progress in Ireland has been slow by comparison, and the waters were muddied when Taoiseach Leo Varadkar delivered his five-phase roadmap for easing COVID-19 restrictions on Friday evening.

Varadkar’s plans include permitting the “return of outdoor workers” and for “people to engage in outdoor sporting activities” in phase one, scheduled for May 16, but provisions for “behind closed doors sporting activities” are schemed for phase three, due to begin on June 29.

Horse Racing Ireland chief executive Brian Kavanagh has sought clarification from Varadkar as to what the roadmap means for racing – but none is expected until after the Irish Bank Holiday weekend on Tuesday.

“At this stage there is some uncertainty over when we will get back racing,” said Joseph O’Brien, who finished second to his father, record-breaking master of Ballydoyle Aidan, in the trainers’ table for the 2019 turf campaign.

“For the sake of the industry, we hope it is sooner rather than later, but the clarification has to come from government, and we have to wait.”

There has been no racing in Ireland since Clonmel’s National Hunt card of March 24 took place behind closed doors.

“It’s an important six weeks of the season,” added O’Brien, who saddled Latrobe, ridden by his brother Donnacha, to capture the Irish Derby in 2018.

“We have to hope it will be 18 May, and we have to plan from that until we hear more.”

Racing fans in Germany will have to wait for the first action since the coronavirus crisis after Dortmund’s eight-race card scheduled for Monday was cancelled – by order of Chancellor Angela Merkel.

Deutscher Galopp president Dr Michael Vesper, who must now wait to see if Thursday’s meeting at Hannover gets the government go-ahead, said: “It’s a real shame that Dortmund cannot restart the races after a break of almost two months.

“According to the hygiene concept developed by use, there is no risk of infection but after the meeting of the Chancellor with heads of state, the time was obviously not yet ripe for re-opening.”